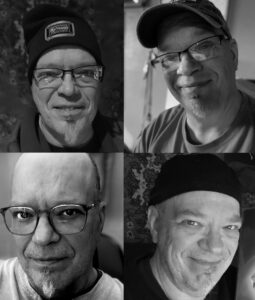 It would be true to form that a person who claims to be a Polymath probably has not recognized that they are until it’s almost too late.  This would be me.  I’ve always been interested in “everything”, well…except plumbing, nursing, medical arts involving actual surgeries, or knitting.  But just about everything else has held my attention, for at least 20 minutes at a time.  Another term is PolyMORPH…an organism or inorganic object or material which takes various forms.  I like the term, because I’m not a “fan” of math, even though I’m good at it, and morphing is what it feels like I’m doing, but I’m certainly not “inorganic”.  Either term works.  Another, more popular term has taken over on the net, defined below, but…

To cut to the chase (which is a film term that means “let’s get right to the good part where the action happens – i.e. the chase scene), here is my list of activities which I consider myself adept enough to work at as a profession (not necessarily in priority order):

Yep, that and a few more I haven’t really placed here.  At present my life revolves around Oil Painting on Wood Panels, creating educational videos, and finishing a long-overdue novel concerning the year 1968.  My life does indeed look like a pie chart.

The term “Multipotentialite” was coined by someone who recently gave a TED talk on the subject, and has since made a career out of that.  I appreciate that attempt to label our “species”, but I don’t like the term for myself, because “potentialite” has more to do with potential.  As for myself…I’m beyond the potential now and actually “doing it”, so potential happened a long time ago when I was younger.  It’s more like “Multi-disciplined”.  And I differentiate “discipline” from what some call “talent”, because I don’t really believe much in talent.  Talent implies an implanted, pre-disposition from birth.  We have them, yes, but it is, again, only a potential.  It takes work and discipline to develop a talent into a working profession.  Concurrently I am also a FIRM believer that many are far underestimating their own potentials and abilities, and a great deal of it boils down to one word: Confidence.

Confidence (I hope I’m not boring you here, please stay with me for one more statement – notice that I did not put “Motivational Speaker” or “Director” in my list above) is not an automatic formula for success if you have it, it is simply the catalyst that allows you the space to ATTEMPT more things, to even think of the possibility of doing something.  So many that I’ve approached with the offer of teaching them how to paint, for instance, look at MY artworks and the first thing they say is, “Oh, I couldn’t do that”.  Well, I couldn’t either, until I went out and got the supplies, smoothed a board out with gesso on it, and plopped my paint brush on the surface with some paint.

Developing life skills and a profession/s is also about knowing the things you realistically CANNOT do, and also being content and confident about that…knowing when to say “no”.  This part of the deal usually only comes with time, trial and error, and listening to advice from others.  But it’s NOT for lack of trying.

It would also be wise to mention here that AGE has quite a bit to do with this as well.  A 9 year old does not have the actual ability to have a list like mine, and would not be expected to.  If you want to watch out for your 9 year old to see if they have the tendency to “be” a polymath, I don’t think there is an indicator for that.  However, you could simply 1: introduce them to new things all the time, especially if their attention wans easily, or boredom is frequent, 2: praise them when they try the new things, and 3: model confidence in your own life.