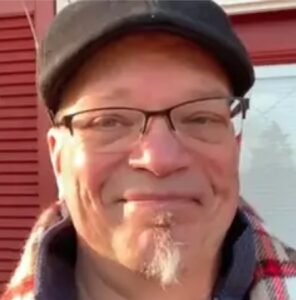 I was an artist from childhood.  I started work in Photography in my early 20s, and ended up in Film School in Chicago in the late 80s.  Graduating with a degree in film did not necessarily mean I was in the film industry.  Rather, that degree took me other places, specifically within the realm of computers, animation, audio production, and other artistic endeavors.  I’ve owned a video production business for awhile, and made mostly corporate style commercials and special FX pieces and animations for clients.  But as time has gone on, I’ve come full circle around to the more pure forms of art again, in particular oil paintings, and illustration, and on a very old and prototypical form of substrata; wood.

Since 2014 I’ve produced more than 85 paintings, currently at work at any given time on at least 4 in rotation, allowing for drying while I work with the others.  I started large, and have gone more towards medium and small sizes, with plans for larger ones still in the works.  I have produced 1 triptych as well, my first and only one so far.  I have never been stressed out about being famous, or rich (not many who become artists truthfully believe we will be one or either of these things when we launch into art as a profession, unless we are under some delusion).

I’ve worked primarily from photos for models and subject matter.  They at least stay put for you and the light does not change.  I’ve tried Plein Air, and I do like it.  That’s the only method of painting that I can reasonably work on canvas.  The rest of my work is much more carefully planned and crafted, purposeful, and also normally smooth, utilizing a great deal of blending at every stage.  Even with multiple layers of paint you can still see the wood grain to some degree, or the strokes of the application of gesso.

I create my own frames, or reform choice “found” ones, and so I’ve become quite the woodworker, out of that necessity.  Most of my pieces are custom-framed and hand-stained to for color and fit.  I have found over time as well that making the frame FIRST for an artwork is a good idea, because it’s so much easier and more precise to create the artwork surface to fit the frame than the other way around.

My next “larger” project, as a project, is 4 pieces that are socially and morally reflective, entitled “Nuclear Arms”, “Heads of State”, “Disenfranchised”, and “Political Asylum”.   All will be of a slightly larger format, the same size for each one, and have a similar look to the styling, which is somewhere between realism and impression. Much of my work has been the stuff of beauty, serenity, introspection, nature, figures, and portraits. These 4 works will not be in the same direction as my  previously “emulated” works.   I’m drawn always to the more enigmatic, personal, and confrontational, and more of an illustrative style as well.  For instance, the recent painting that is mostly an emotional outlet for my angst about the war in Ukraine.  It’s titled, “psst, Vladimir”.  While a bit on the comic side, it’s still a serious subject, calling attention to a very real situation, just when we thought we were “through” that old cold war era and bomb shelters and such.  It’s been quite awhile since I have seen the once familiar nuclear symbol posted somewhere denoting the sign of a bomb shelter just below it.

I hope you, and the rest of the world, in so much as they can be reached with it, will enjoy my art, but also wrestle with it, contemplate it, and be impacted by it.  There is a part of me that goes into every piece.  I sign my name with my artist’s nom de plume, “Stephen”.  My real name is spelled with a “v”, but I have always thought of my artistic self as another person, not as a multi-personality of course, but another “personage” that is special and decisively different than my walking-around self.   I hope one of us will get to meet you, frankly the “v” Steven, because he is more engaging than Stephen in regular conversation.